Croatia offers high quality higher education through some 122 institutions – including the University of Zagreb, which was founded in Croatia’s historic and cultured capital in 1669. Most Croatian universities are well known public institutions, though recently the private university sector has started to develop.

Croatia (Hrvatska) is situated in south-eastern Europe at the crossroads of the Adriatic Sea and the Pannonian Plain. It borders Hungary in the north, Slovenia in the north-west, Serbia in the north-east, Bosnia and Herzegovina in the total length of the lower part of Croatia’s crescent shape, Montenegro in the extreme south, and Italy and Slovenia on the Adriatic Sea.

Historical heritage, natural beauty and a pleasant climate enables Croatia to attract the modern-day tourist - a particular draw being the crystal clear Adriatic Sea and the 1,800 km long coastline with 1,244 islands of which only 50 are inhabited.Continental Croatia also has a number of tourist attractions, including towns with a rich history and striking architecture, castles, national parks, rivers, ski resorts, and vineyards.

Zagreb is the capital and also the largest city in the country. It is situated in the north-west of the country, along the Sava River with a population of almost one million inhabitants. It is the political, economic, cultural and scientific centre of Croatia. Croatia is a service based economy with the service sector accounting for 70% of GDP and it has a modern and well developed infrastructure. Croatia’s economic and social development achievements in the last decade have been impressive; the country closed its incomegap with other EU Member States and now has some of the best social development indicators in the region. The population of Croatia is 4.2 million and the official language is Croatian.

The higher education system in Croatia underwent a comprehensive reform within the framework of the Bologna Process and it is now structured according to three cycles (undergraduate, graduate and postgraduate). Moreover higher education studies in Croatia are organised according to the system of transferable credits (ECTS), thus making it easier for international students (from Europe and beyond) to study in Croatia and have their studies recognised in their home countries.

International students studying in Croatia are primarily from the country’s immediate neighbours – Bosnia and Herzegovina, Slovenia, and Serbia, though Internationally-mobile students from Germany, Sweden and India have enrolled at Croatian Institutes of Higher Education to undertake post-graduate studies. 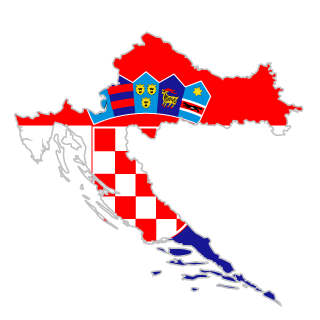