Home to twenty-two respected universities and with over 500 study options available in Austrian Higher Education Institutes, Austria offers a wide variety of high quality study options - whilst Vienna, its cultured capital, has been voted as one of the best cities in which to live in the European Union. With so much to offer, its little wonder Austria is growing in popularity as a study destination for international students.

Located in Central Europe, Austria is home to over 8 million  people and shares its borders with Germany and the Czech Republic  to the North, Slovakia and Hungary to the East, Slovenia and Italy to  the South, and Switzerland and Liechtenstein to the West. A naturally beautiful country, it is known for its pastoral  landscapes, stunning mountain vistas and timeless cities steeped  in history and culture. Austria’s past as a European power and its  cultural environment has spawned world class artists in various art  forms but most notably in music, with composers such as Mozart  and Strauss whose works continue to inspire. Austria has also been  the birthplace of many famous scientists and Nobel Prize winners.  In fact, as of late 2012, 19 Austrians had been awarded Nobel  Prizes, including seven in Physiology or Medicine, four in Chemistry  and three in Physics and the country has one of the highest number  of Nobel laureates per capita in the world. Austria’s capital city  Vienna, also described as Europe’s cultural capital, ranks as one of  the most attractive cities in the world and has been ranked  as the top city in Mercer’s Quality of Living survey in 2016. This  metropolitan city has a charm, vibrancy and flair that is unique and  found nowhere else. The official language of Austria is German.

There are a wide variety of higher educational institutions in Austria.  A total of 22 Austrian universities offer a broad range of study options for  students. If you would like to study music, theatre, film, fine or applied  arts, 6 Austrian Universities of the Arts offer their students creative  education programmes. Austria also offers 246 degree programmes at  20 Universities of Applied Sciences in addition to the public universities  there are 12 private universities offering top class academic education.  Some 500 different study options are available in Austrian Higher  Educational Institutions. About one fifth of the students at Austrian  universities come from abroad – including a small but growing amount  from India, which according to UNESCO was 313 in 2012.  The following academic degrees can be obtained in Austria;  University level first stage (Bachelor’s degree): Bakkalaureus,  Bakkalaureus (FH); University level second stage (Master’s degree):  Magister, Magister (FH), Diplom-Ingenieur, Diplom-Ingenieur (FH);  University level third stage (PhD): Doktoratstudien.  In terms of cost, overseas students from non EU-EEA member  countries pay tuition fees of around 100,000 INR per year.  The Austrian education system is of a high standard and five Austrian  universities recently featured in the Global Top 400 of the Times Higher  Education World University Rankings 2015-2016 – the highest of which is The University of Vienna ranked overall 142 in the World.

The Austrian government, many private institutions and some  universities offer scholarships for students. Scholarships are managed  by a special agency – the Austrian Exchange Service, OeAD -  Österreichischer Austauschdienst. The Afro-Asian Institute in Graz offers  Scholarships to students from Developing countries in Asia. 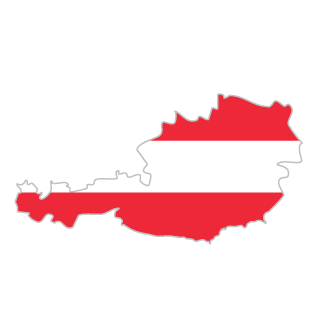 The University of Vienna:
http://www.univie.ac.at/en/ 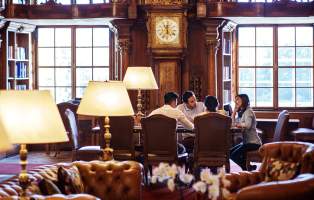